Team India T20I captain Harmanpreet Kaur is currently gearing up for the upcoming one-off Test match against England. Prior to that, she has revealed that India men’s Test vice-captain Ajinkya Rahane has shared his experiences with them.

Notably, the Indian team has last featured in Test cricket way back in 2014 and after a long time, they will play in that format again when they will take on  England in Bristol from June 16. While the team has the veterans like Mithali Raj, Jhulan Goswami, Ekta Bisht, there are plenty of youngsters too who are o the verge of making their debut in that format likes Jemimah Rodrigues, Shafali Verma, Taniya Bhatia, Priya Punia and a few as well.

However, Kaur shared what Rahane had told them. “Even I have not played too many red-ball matches. As a batting group, we have been preparing well,” Harmanpreet said in the press conference before the much-anticipated match. “This time we have got a chance to talk to Ajinkya Rahane as well, he shared with us his experience about the conditions and how to divide an innings. That was a friendly talk we had with him. He has played a lot of Test cricket and has a lot of experience to share.”

“Even in the nets, we try to stay in a good frame of mind and play good cricket. Other than thinking too much about batting, we discuss sticking to our strengths. End of the day, as a batter, the approach is to see the ball and react to it. I don’t have much experience in Tests, but I know it’s a patience game. I have to spend time in the crease. For me and the others, the approach is to react to the ball,” Harmanpreet Kaur again shared.

She continued: “Red ball is totally different scenario. As a player, it’s important to get used to conditions. We didn’t get any domestic games with the red ball, but in the upcoming years, we will get more red-ball cricket which is a very good sign for us. We have tried to prepare the best with the time available. We didn’t get practice games, but as a player, we have tried to adapt best to the situation. The wickets are different from India, the ball will swing and we’re practising in the nets.” 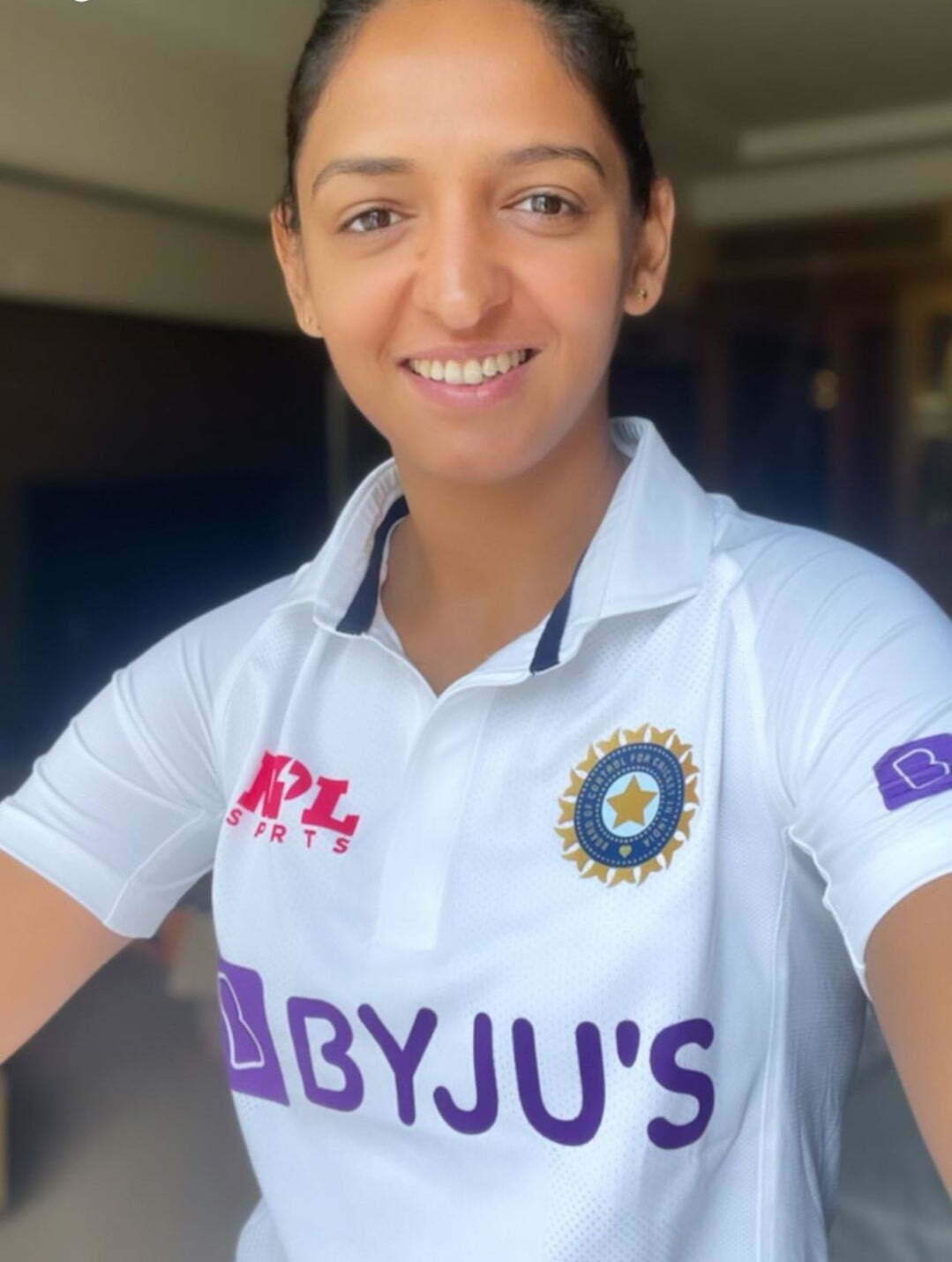 While she was asked about the team selection and whether Shafai Verma will get the chance, Harmanpreet Kaur said that it won’t be possible for her to discuss the playing XI without checking the Bristol pitch, but she hoped Shafali will get a chance as well. However, she also backed the most experienced Jhulan Goswami to provide the early breakthroughs with the ball as well.

The all-rounder expressed: “I hope Shafali gets a chance because she is someone who can dominate. I wouldn’t like to see her change her approach. She’s just 17, you don’t want to put too many thoughts on her. We just have to try and create a good situation for her to enjoy the game. If she gets a chance to play, she’ll do well. Jhulan is someone who always takes the lead. She’s always special for us, gives us breakthroughs when we need (her). All the bowlers are very important, in Tests you need breakthroughs. I think she will be fantastic in this match also.”

Meanwhile, Harmanpreet Kaur also praised the head coach Ramesh Powar, who has been appointed the head coach again after the 2018 saga. However, the T20I captain said that he has been on the same page where he was at the last time in 2018.

She told: “Ramesh Powar has been the same as last time. He is fully involved, when you talk to him, you feel like you’re playing a match. He talks about planning, how you react. I always get a lot of information from him by talking to him.”

However, she also applauded all the former India cricketers, citing that without their contribution, dedication and hard work the game would not reach the height where it is today.

“To build a team, we need to know its history. Unfortunately, we don’t know much about women’s cricket history in India because there wasn’t much media coverage. Our support staff did a lot of searching and shared it with us. How they struggled back then, how they got women’s cricket to this level. Seeing all that, I felt how fortunate we are. The respect for them has increased because if they had given up then, we wouldn’t be sitting here. We are very thankful to them,” concluded Harmanpreet Kaur.