The sultry Chennai scorch probably provides sweltering heat and miserable conditions to play any kind of a sport, yet it never takes out the zeal to play cricket for the country. The Chennai Super Queen Murugesan Dickeshwashankar Thirush Kamini, born July 30, 1990, made a flashing international debut as a teenage maestro only at the age of 16, winning the Player of the series in her dream debut series.

Writing about all the marvels that can be achieved, Thirush Kamini has bagged BCCI player of the year title on 3 occasions:

With the second wave of the pandemic almost engulfing the normalcy in everyday life, here goes a freewheeling chat with the queen herself exclusively for Women’s CricInsight, comprising the fundamental aspects of her game and beyond. Living with uncertainties hovering over a routined life, the Chennai Queen seems to have a tenuous grasp on her realities.

“Last year when the lockdown happened, it was something very new not just for our field but for most people. Personally, as an athlete, I maintained my schedule and tried to incorporate fitness training and cricketing sessions based on the whole situation. During the lockdown, I’ve tried to do more indoor activities that kind of helped me maintain my fitness regime,” Thirush Kamini added.

She got herself engaged in the game as an early bloomer. She went on to represent the U16 Tamil Nadu state team at the tender age of 8 and by the time she turned 15, she had already won a player of the match title in a U-21 game against Pakistan.

Interposing her struggle as a kid and how she developed her forte towards the game and becoming an exceptional addition to the Indian team in no time, she nonchalantly voiced, “To be precise about the challenges, there was a lot of societal pressure because in a country when you date back at the early 2000s, women playing the sport wasn’t very common and cricket being a male dominating sport, it was very unnatural for a girl child to pursue the same. I didn’t have a proper facility to go and train, also my relatives weren’t fond of me playing the sport. That way I’ve been lucky to have a supportive family who has been very encouraging. Even the educational system here in Chennai helped me to pursue my sport.”

Thirush Kamini bats during the game against Australia. (Photo by Mark Nolan/Getty Images)

Rightfully so, as she holds the post-degree of M.Phil from the Madras University. This graceful left-handed batter faced a lot of defiance from the game itself. But she has always been the comeback girl to herself and to the sport.

She further continued: “The injury that I faced was an on-field injury during the India v England series(2010) and was disheartened to not to be able to continue active sports for a couple of years. That phase was very challenging for me but one thing that kept me motivated was that I really love playing competitive cricket and the aspiration to represent the country, kept me going.”

She had to keep herself in bed for six months. What constitutes an exception after this menace was an overwhelmingly positive domestic season. She scored 749 runs from 13 innings at an average of 68. Turning uncertainties into fragments, she cemented her spot at the Women’s Challengers Trophy, followed by the ODI World Cup in 2013.

Continuing her consistency in the domestic circle, Indian Railways comes to mind to which she has been an integral part since 2015. Considering the fact that only the ‘creamy layer’ gets to play for the Indian Railways, their domestic records effortlessly allow to name them the red giant.

While talking about the latest edition of the One Day League and their impeccable win, she added, “Being unbeaten for the season has been commendable. Credit goes to all the players. The kind of bond that we share helps us understand each other well. I’m happy to be a part of the winning side.”

Noted, she scored at an average of 119 from 5 games, leaving the semi-finals, scoring either a fifty or a hundred as well. Her mantra to this superlative form of consistency in and beyond the domestic circuit- “to understand the requirement of the situation and play accordingly, just not as a batter but as a player. One thing that I really tell myself is to give my best to help my team finish on the winning side.”

Thirush Kamini had a dreamy ODI debut and that holds true for the 39 matches she has played for the country. The 2009 World Cup wasn’t a success at length. She went on to bat in 4 matches out of 6, her highest individual score in the tournament was 11. Castling the timbers with her leg break classics were also being missed. 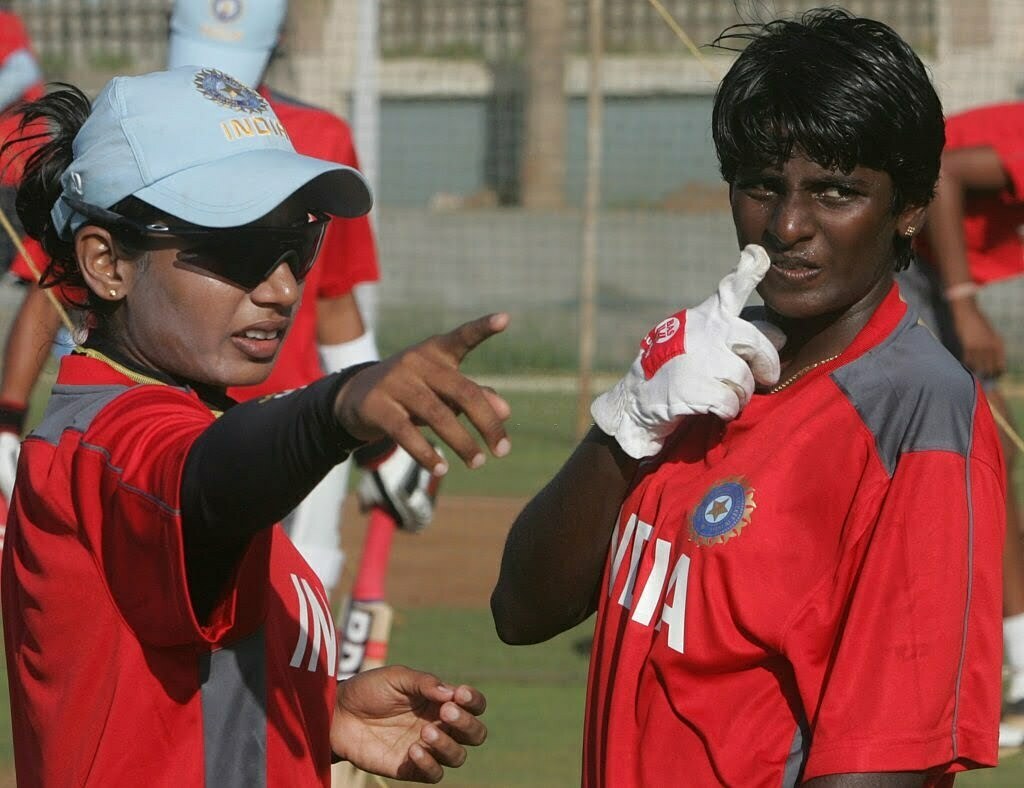 Her superlative performance with the willow came in the inaugural match of the 2013 Women’s ODI World Cup against West Indies where she surpassed Mithali Raj as the highest individual scorer for India in a world cup match, hitting a ton from 146 deliveries.

She recalled: “2013 was a comeback tour. I worked really hard on my skills, had an extensive rehab to get back to cricket. Only after I finished my innings did I know that I’ve made a record-breaking century. Getting runs in a big tournament like the World Cup was very important to me.”

2015 home series against the White ferns went amicable as she scored a couple of half-centuries in 4 ODI games, bolstering her batting abilities to a different extent. Not to forget about her feisty 113* against Ireland in the World Cup qualifiers (2017), which helped India put a score of 250 on the board.

READ HERE: BCCI Not In A Way To Nudge Women’s T20 Challenge: Report

Now that the Indian team is on the verge of playing two Test matches in a split time, it’s a necessity to contemplate the History of the Indian team playing Test cricket, which is definitely a fascinating tale. From scanty opportunities to capitalizing upon them, Thirush Kamini has done that splendidly. August 2014, Wormsley- a national test team with 8 debutants went victorious over the daunting England squad.

While sharing some of her experiences, she told us all about the party, “Taking on a very formidable side like England, it was pretty challenging. The first innings of England went our way, our first innings went in England’s favour. The game shifted gears every day and every session. It became more tricky with the rain hindrance.”

In the very same year at Mysore against the South African team, she went on to score a humongous 192 along with Punam Raut who also piled 130 more. Punam being her partner for most of her innings, she apprised reminiscing, “We were able to help each other out while batting together. That partnership posted a huge score that helped us to place the team in a better position. After the World Cup partnership, this partnership with her is something I’m very fond of.”

She also believes in strengthening the test match culture. “A lot more test matches will help the sport to grow. It’ll certainly open room for a lot of talented players in the domestic circuit. We can have a more specialized Test, ODI and T20 team,” added the swashbuckling batter.

Evolution as a player is something very significant. Adaptability is what describes Thirush Kamini the best in a word, deriving from a neutral test that spans over her career. She has been the receiver of the prestigious Allan Border Scholarship in her early cricketing days.

“Right after we had the Australia series, and before the World Cup in Australia, the scholarship has definitely helped me to acclimatize to the condition. At the Centre of Excellence and 2 weeks of training along with the Australian team, it helped me understand the whole fitness structure, the skill that is happening in Australian cricket culture,” she again shared.

Definitive ties with cricket and the resilience that helped her to show up every time the game flaunted its way, has been a long beguiling story, collecting 15 years of enchanted dreams to play for the country, most importantly, a competitive brand of cricket. What the future beholds for her is a certainty. In the face of glory, solemnity and desire to represent the country again, Thirush Kamini pretends to a new beginning, “I’m trying to play a good brand of cricket as much as possible and give my best. I have had great 2 seasons and I’m strongly competing to get back again to the team.”