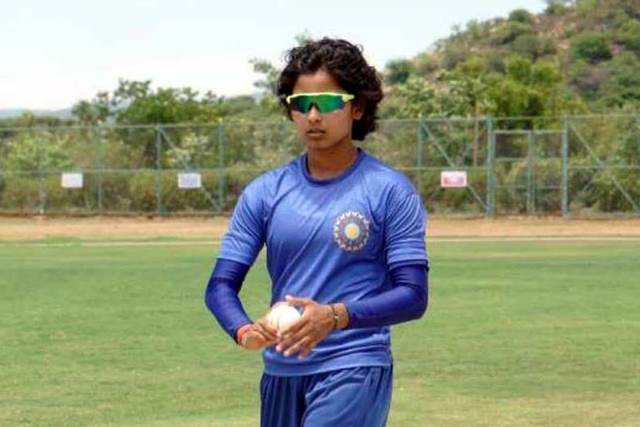 20 runs were required for India C in 30 overs with 5 wickets in hand while chasing a mere total of 95 runs. Both the batter Hemalatha Dayalan and Tanushree Sarkar was set and they were on the threshold of a thumping victory. At least it seemed so. But India B captain, Smriti Mandhana had another plan. She took her time, rotated her bowler and strangled the run-flow of the opponent team.

16th over was delivered by Tanuja Kanwar where she just gave away 2 runs. The pressure was pilling up. At this point, Smriti decided to give the ball to experienced Shikha Pandey who was costly in her previous spell of 2 overs where she had conceded 22 runs. But this time with all her experience Pandey mixed up her length and pace which resulted in only 2 runs from the over and most importantly she got Hemalatha for 20.

In the very previous ball, there was a mix-up between her and Tanushree which effected the tea, a ball latter. An over later where the most successful spinner Sushree Divyadarshni who has picked up 3 wickets including India C skipper Veda Krishnamurthy conceded 5 runs, leaving India C still far behind by 11 runs. Batters missed Sikha Pandey’s delivery 4 times in the very next over and managed to score only 4 runs from the final over of Anuja Patil including 2 run-outs.

India C thus fell behind by 4 runs in the end and lost the match to India B which seemed to have in their grip, most of the time of the match. They became the victim of their own wrong strategy like they sent their two top-order batters Vrushali Bhagat and Taniya Bhatia lower down the order thus failed to utilize both of them. Except for Shefali Verma (16), Hemalatha (20) and Tanushree (18) none of the players have reached the double-digit score and even Hemalatha and Tanushree scored at the rate (64 and 66, respectively) which was lower than the required rate (79.16). 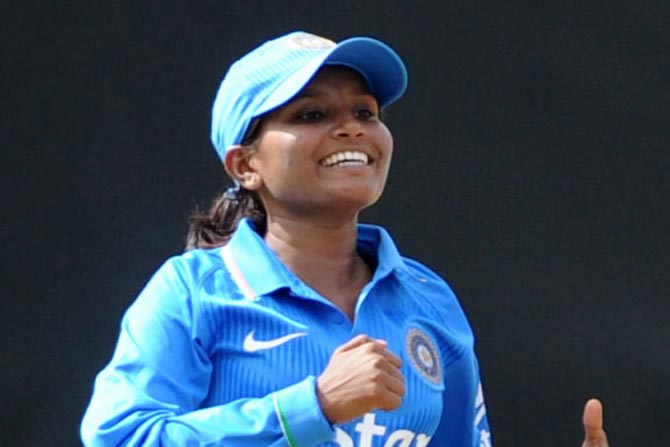 At the same time, India B spinners must be given credit for the bowling and special mention should be given to Sushree for picking up 3 wickets by just giving away 15 runs, She was well supported by other like Patil (1/12), Kanwar (1/13) and Pandey who just conceded 4 runs in 17th and 19th over which eased the pressure of the spinners.

Before that, Indian C skipper Veda Krishnamurthy won the toss and invited Mandhana and Co. to bat first. This turned out to be fruitful as they picked up 4 Indian international within 6 overs. India B lost Smriti (6), Jemimah Rodrigues (1), Vanitha VR (11) and Sushma Verma (0) within 26 runs. But a teenager from Bengal, Richa Ghosh who performed well in Senior T-20 tournament along with veteran Indian International Anuja Patil anchored the innings for the B team.

Duo added 36 runs in 46 balls but both of them fell apart within a space of 8 balls, adding no ran to the total. Later Sikha Pandey put 15 runs to reach a total of 94. Richa hit 3 boundaries to her total of 25 off the bowling of Manali Dakshini. India C spinner Rajeswari Gayakwad picked up 3 wickets for just 7 runs in her four overs.