HomeNewsNSW Stuck With Many Injuries Ahead Of The WNCL Opener
News

NSW Stuck With Many Injuries Ahead Of The WNCL Opener 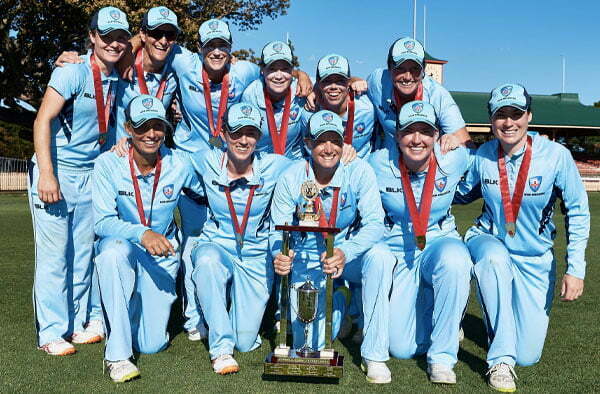 The NSW Breakers will be playing their first WNCL game on 17th December but are hit with various injuries that take a toll on their performance. NSW Breakers are the biggest team in the history of WNCL and have bagged 20 Ruths. Yet this year they are quite unfortunate as many of their major players are injury victims this season.

NSW captain herself, Alyssa Healy has revealed her arm injury. She incurred an injury in the WBBL and is still included in the 14 member squad for the NSW’s opener game against Victoria. She is expected to lead the side whereas the vice-captain, Rachael Haynes has returned from her hamstring injury which she incurred against India in September.

What makes it even worse for the NSW is that they will be missing three important players for the entire tournament. Lauren Cheatle will be out due to her shoulder injury, Sammy-Jo Johnson will be out for her hip issue and Rachel Trenaman will have to miss her season due to her partial ACL tear.

Healy revealed her injury from WBBL when she hit 94 against Perth Scorchers on 31st October. This impeded her ability to bat freely. “It was just probably noticeable in the backend of the WBBL in some technique that I was using, just simply because I was having to having to try and change it on the run to try and grip about the bat the best way I could,” Healy said.

Speaking of leading the Breakers she said, “I’m just trying to get that right, it is a huge six months in the new year of cricket and some really important cricket that I want to be a part of, so I’m just managing that at the moment.But captaining the Breakers is something that I really cherish and I don’t want to let any opportunity go there, so I’m going to do my best to get up for (those games this) week and hopefully be a part of one if not two (matches).”
Breaker’s coach Twining backed Healy and Gardener as he said, “They’re class players … Alyssa definitely kept it quiet that she had that elbow injury,” Twining said.”Once she can get that injury right, you’ll see the best of her leading into the Ashes.”

“I think the same with Ash, she’d been in lockdown and she’d been away from home for a long time but she looks really refreshed over the last couple of days and keen to get stuck into it on December 17. I think you’ll see a very different two players from WBBL, a tough series against India and being away from home for so long definitely took its toll on those two. Having been at home, being refreshed mentally as well as physically, I reckon they’ll perform really well in both the WNCL and in the Ashes,” added coach.

Lauren Cheatle too shared her shoulder injury through social media and is now expecting some rehabilitation before returning in 2022-23. Although the youngster has been in a good form lately, taking 10 wickets in the second half of the WBBL, her speedy recovery is wished as she is backed by the coach.

The only ray of hope for the Breakers now are the teenagers they have added to the team. The squad structure of many teams is expected to change by the end of the tournament due to the tight international schedule. The Ashes and the World Cup tournament is likely to impact the availability of the players in mid-February.