Very few cricketers are vividly remembered in their late 30s and in India, there are two – Sachin Tendulkar and MS Dhoni. You probably wouldn’t find a single person in a cricket crazy nation like India who doesn’t know about them. But, with time, things do change and so do people’s thought. And, here comes another two cricketers, who are in their late 30s and people do recognise them now – Mithali Raj and Jhulan Goswami.

Both Raj and Goswami have been a part of the Indian team since 1999 and 2002 respectively. They were there since the beginning, broke many records, made several but we, the people started giving them the much-needed attention post-2017 ICC Women’s World Cup when they finished as the runners up. And, slowly they have started getting their dues.

While it’s 19 years for Goswami, Mithali Raj spends two decades here (21 years and counting..) – the only active player in the circuit, having the second-longest ODI career after Sachin Tendulkar. Well, not only this but Mithali Raj became the first player to complete 7000 ODI runs in the recently-concluded ODI series against South Africa also. No other player has reached the 6000-run mark so far. During this series, Raj also became the first Indian player and second overall after Charlotte Edwards (10273) to complete 10000 runs in international cricket too.

Well, any player would love to have all these records after his/her name. But Mithali Raj? According to her coach R.S.R. Murthy, she is not after personal milestones. While speaking to Women’s CricInsight for an exclusive chat, he said, “Great achievement for women’s cricket. She (Mithali Raj) is really happy about this. But she is not after individual milestones. She wants to win the World Cup for India.”

We all want to see the World Cup in her hand, don’t we?

After all, she deserves it. From leading the country in the prestigious ICC ODI World Cup final twice in 2005 and 2017 to have become the most capped player in international cricket – her longevity shows how dedicated she is towards her profession.

“The Passion of representing the country, winning the games and getting runs is the main motto behind her success. After all these years of cricket, she wasn’t happy for not winning the world cup for India. I am definitely very happy about her achievement and this is a result of her hard work. She is in the 22nd year of her cricketing career. Still, her hunger for the run is the same and to perform at the highest level – there is no change in it at all,” revealed her coach.

It’s been 21 years and counting and it is not easy to play for long with proper fitness. One can only do this if he/she has the hunger to achieve something.

“Her work ethics haven’t changed at all since the beginning. She never misses her practice sessions and never compromises her fitness. After all these years, there is not much change in her love for the game. She never relaxes even for a second. And her preparation will be 100 per cent. Even after so many years, still, she wants to improve her technique. She wants to play at the highest level at her best. She doesn’t want to compromise on that,” shared R.S.R. Murthy, the coach who has literally seen her grow from a young prodigy to one of the greatest players in world cricket.

Although there shouldn’t be any questions regarding her batting technique, skill or even footwork as there are only a few other players in the circuit who has that sheer brilliance like her. She, once again, proved why she is considered one of the best in the recent series against South Africa.

She scored 210 runs in 4 innings (didn’t bat in the second match) with an average of 70.00 and a strike rate of 67.74. Her runs included 21 boundaries and 2 sixes as well. Coming at NO. 4 in the first game, she stitched a 62-run stand with Harmanpret Kaur and eventually scored a fifty. But couldn’t carry forward as she could only manage 50 off 85 with 4 fours and a six which came at a strike rate of 58.82.

While a lot of talks were going on about her strike rate, no one thought what would she do if the top-order bundles within 40 runs inside 13.4 overs?

You do need someone to steady the ship. don’t you?

“She takes a lot of responsibility and that curtails her strokeplay. She can’t hit the shots she like because she is more worried about the team and the performance of the team. She always thinks I should play till the end.” expressed her coach.

Mithali Raj is one of those players who have seen a lot of changes in her cricketing career. From The Women Cricket Association of India to its merger with the Board of Control for Cricket in India (BCCI) in 2006, she has been the constant while the Indian team changed and reshuffled around her.

And, who doesn’t know how the situation was earlier for the Indian Women Cricketers?

From un-televised matches, less prize money, substandard accommodation or not enough equipment to spend own money for the matches – she has struggled a lot and come out successfully too. And, it certainly wouldn’t have been possible if she hadn’t a passion for the game. Moreover, for the sake of cricket, she has sacrificed a lot in her life – be it a normal childhood or her favourite chocolates for fitness.

“From the beginning, she wanted to be a dancer but later chose cricket. She is very fond of books and is a very intelligent girl. She couldn’t pursue more in academics which she actually wanted. She had to sacrifice so many things in her life, including her normal childhood life too for the sake of games,” he shared.

“Initially, they had to spend from their pocket only, even for representing India. From that stage, she kept on playing. It is not for the sake of money, She has the love for the game. She had a knee injury and she had to undergo a lot of treatment to stay fit. And to maintain fitness for more than 20 years isn’t an easy task. And, she has been competing with so many generations as well. At the same time, she is so loyal to the organisations. She gives utmost respect and importance to her domestic side,” again expressed the coach.

Notably, in the recently-concluded series, Laura Wolvaardt led South Africa in two games. The right-handed batter from South Africa born in 1999, the year when Mithali Raj made her ODI debut for India.

This certainly shows how much she loves the game.

“It is her sheer passion that kept her going. Initially, there was no money, After BCCI taking over, it became a little better. But still, it was not that good compared to men’s cricket as there’s a huge gap between men’s and women’s cricket. Still, she continued just because of her passion and love for the game that made her play so long,” he further added.

Although it wasn’t always a bed of roses for her, it had thrones too. But a strong-headed person like her, can defy all odds and come out with flying colours. “She is mentally very strong. She always came back strongly even after dropped from the team. Because of her mental toughness, she managed to come out strongly from every situation,” he shared.

While she gave a hint that the 2017 World cup might be her last one, she is now preparing for the 2022 Cricket World Cup, which has postponed for a year for the COVID-19 pandemic all over the world. While we have seen how the team failed miserably, it was the batting unit that showed a bit of hope though.

Although she is 38 now and during the World Cup, she will be one year older. But age is just a number for her considering her grace. As her coach believes, “Age is just a number as long as you are fit and performing. She is still fit and getting runs. So I don’t think age will be a factor.”

“She is very particular about her diet. Even though she fond of chocolates, she sacrifices all those things for fitness. She has stopped having sweets and turned into a vegan as well. Mithali has never compromised on her fitness. She has made a gym at home and does fitness regularly. She wouldn’t miss any practice session. Only when she travels, she doesn’t practice. Otherwise, she always does her practice be it in Hyderabad, NCA in Bangalore or wherever she is,” added R.S.R. Murthy.

Not only for the Indian Team but she is one of the stalwarts for the Railways team too where she has been playing for a long time now. She has played for Railways across formats and in over 170 games, she has scored more than 6500 runs, which also included over 40 half-centuries and 14 centuries as well.

“Her presence makes a lot of difference. She is a guiding force, well respected in the team and every player looks forward to learning from her as well,” added the coach with whom Mithali Raj has been training for 20 years. “It’s almost like a parent-daughter relation between us. We are lucky to have her in this era. She is the best in the business.”

Meanwhile, her domestic team – Railways, have won all games in the group league in the ongoing Women’s Senior One Day Tournament. While speaking about her playing in the tournament, her coach shared that she will be a part of the team soon.

“Definitely she will join. Throughout the years, after an international tour, she immediately joins her domestic team and plays as well. That is the commitment towards the game she has and there is no comparison of it. Moreover, she doesn’t utilise the facilities she gets. After the 2017 World Cup, she has become a Sports officer on special duty but she never utilises her privileges. She still stays with the team and doesn’t take any special facility too.

She is so down to earth. There are so many things to learn from her, even from her practice sessions too how she gives importance to her fitness as well as skills. At times when Inter Railways’ matches used to take place in hot summer, she never missed any of those even if she had the option to skip. That is her loyalty towards the organisation and love for the game, that is unmatched,” further expressed the proud coach.

After all, who wouldn’t be proud of her?

She had set the benchmark from the very first game she had played for the country, and continue to do so till today. Mithali Raj – the epitome of grace, entered with a bang, left an ineradicable mark throughout the years and there wouldn’t be a better way to end the glorious career than lifting the World Cup – the acme of sport in 2022 as she certainly deserves it. 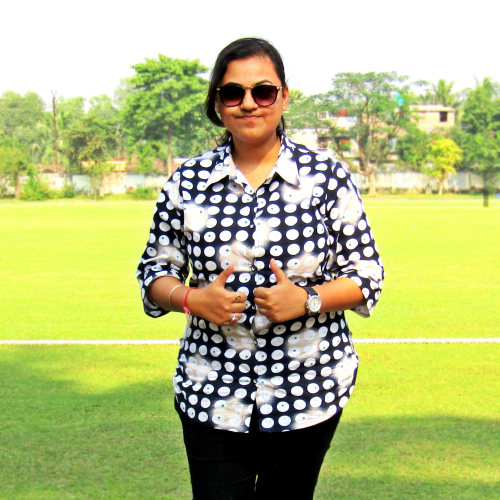 A Detailed Analysis Of India Vs Australia T20I Series