The Hundred: Birmingham Phoenix Depends On Their Star-Studded Batting In The Tournament

The Hundred: Birmingham Phoenix Depends On Their Star-Studded Batting In The Tournament

The Hundred has already started with a bang. The second match will take place between Birmingham Phoenix and London Spirit. Amy Jones who has established herself after the retirement of Sarah Taylor, for England will lead the side, mixed of experienced domestic players and international southpaws. She started her summer with two back to back hundreds for Central Sparks in Rachel Hey Hoe Flint Trophy, before leaving for the series against India.

Though she did not score as many runs as she had expected but her partnerships in the middle overs stabled the innings while her brisk inning in the first t-20 helped England to win the first match. It is not an easy task to carry on the legacy of a keeper like Sarah Taylor, but Jones excelled there as well. Her keeping in the entire series has earned praise from experts and the followers of the games.

Jones who has scored more than 700 runs in T-20 cricket has the 2nd highest strike rate for England after, Heather Knight. Jones can bat at top of the order, besides if needed she fits easily in the middle order to stable the innings. A brilliant player of the spin, Phoenix will depend a lot on the broad shoulder of Amy Jones.

One of the players who has been the talk of the town in the recently concluded series, India vs England, is Shafali Verma. This 17 yeas old girl, came to prominence for her blistering knocks at the top of the order. With a career strike rate of 145 in 25 international matches, The Hundreds provide a perfect platform that suits her natural game.

Shafali got out twice in the three-match series, against Katherin Brunt, without making the score, while she hit 5 boundaries in an over against the same bowler in the 2nd T-20. While her weakness against the short pitch balls have been exposed and teams will try to exploit it, if Verma settles down she can play long innings even in the shortest format too.

While the absence of Ellyse Perry will going to hurt Phoenix, they got two batters who can try to compensate for that. Erin Burns is one of the brilliant fielders at the moment. She can provide useful runs in the middle orders and at the same time, her off-spin bowling can be useful as seen in the WBBL. On the other hand, they got a backup opener in form of Katie Mack.

Mack was the highest run-getter for Australian Capital Territory in 2021 WNCL with 418 runs while scored 251 runs at a strike rate of 110. Her presence gives the side an option. They can open with Katie Mack with Shafali or can go with Amy Jones at the top of the order. 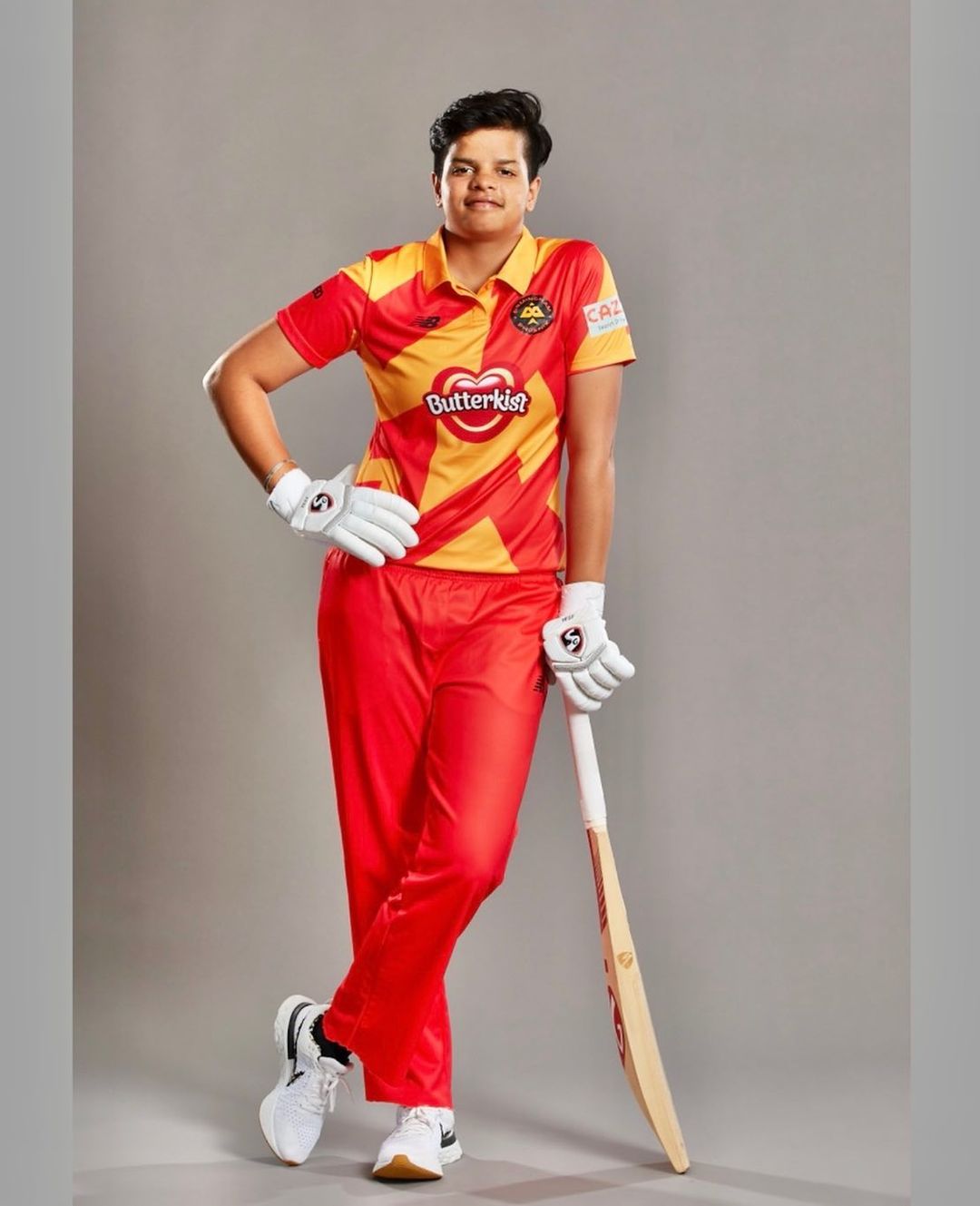 Apart from the international and England stars, Birmingham Phoenix has a bunch of domestic players who can turn the game on the given days. Birmingham Phoenix has signed in another Jones, Evelyn Jones. England coach Lisa Keightley said that she will keep a tap on the consistent domestic players and this left-handed opener is surely one of them. With several years with the England Academy to her credit, Jones hopes the new professional setup in domestic cricket will give her further opportunities to develop her game. She is working hard on her bowling to make her an all-round option for both Sparks and England. She cites batting against spin as a key development in her game in recent years following tours to India and Sri Lanka with the England Academy where they played on some turning tracks.

This 29-year old batter has vast domestic experience under her belt. Having played WSL for Lancashire and Loughborough, she has scored 366 runs. In 2017 under her leadership, Lancashire won both the One Day and T-20 championship 2017. In the ongoing session, she has scored 160 runs for Central Sparks in RHF Trophy while 78 runs in Charlotte Edwards Cup, the T-20 Tournament.

While Georgia Elwiss, Kirstie Gordon and Marie Kelly will take off the middle and lower-middle order, they are can play a handy role with the balls as well. The gentle pace of Elwiss and Marie Kelly can bottle up the batters while the left arm spin bowling of Gordon adds variety to the side.

Apart from the top-heavy batting, Phoniex has three promising quicks on their side. Ria Fackrell, Emily Arlott,  and Isabelle Wong. Though Arlott was selected in the series against India, she was released to play the domestic matches. Arlott has taken 8 wickets in three matches including 5/29 against Southern Vipers in the Rachael Hay-hoe Flint Trophy while Wong has picked up 9 in this one-day tournament. 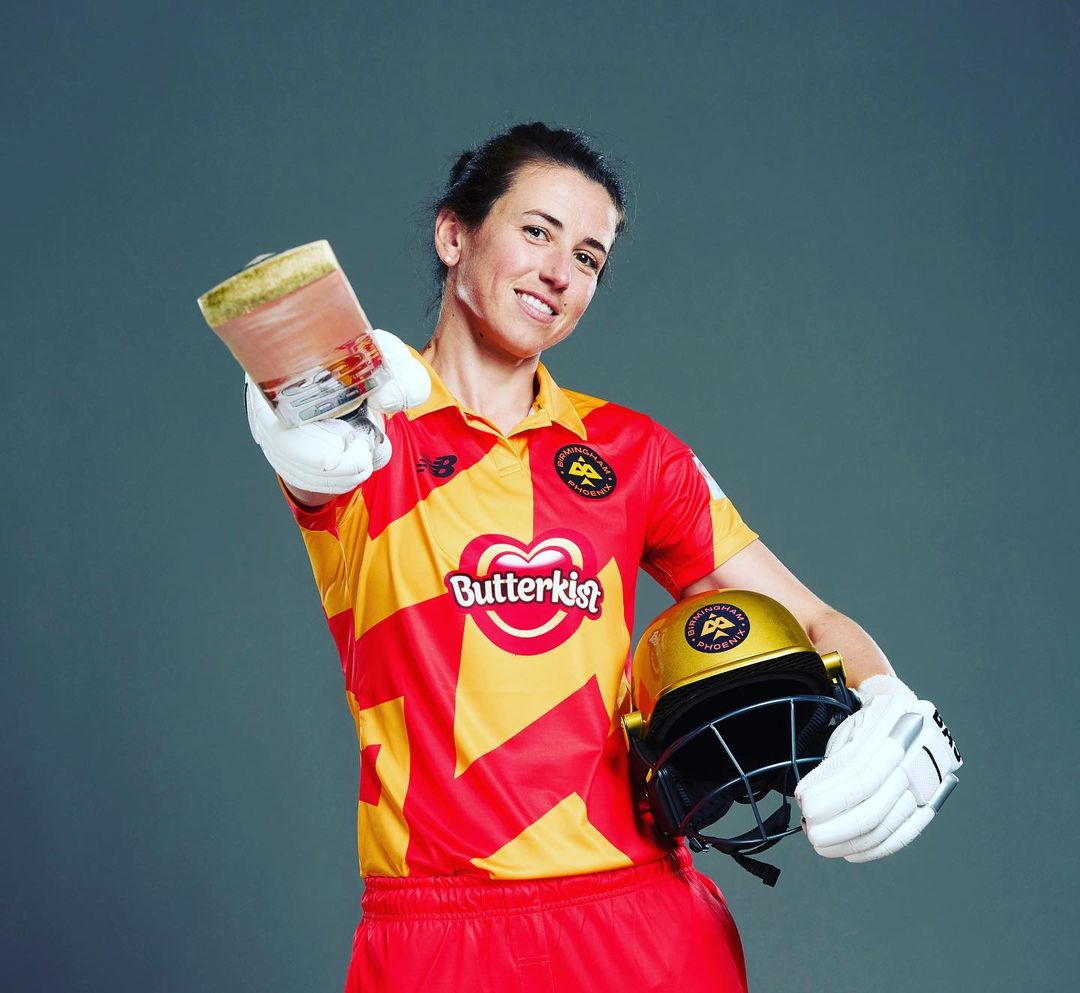 Wong’s 5/49 against Northern Diamonds helped Central Sparks to restrict them to within 300 despite Hill’s 110. Sparks went on to win that match based on Amy Jones 114 and Sarah Glenn’s unbeaten 71 from 52 balls.  Wong has also taken 3 wickets in 3 matches in the T-20 trophy, but what standout for this left-arm quick is her economy of 4.72.

While Birmingham Phoenix has a decent seam bowling attack, their spin bowling will be dependent upon off-spinner Kirstie Gordon and Scottland’s leg spinner Abtaha Maqsood. At the age of 20, Kirstie Gordon was forced to make a career-defining choice: continue playing international cricket for Scotland, or take up a deal to play for Loughborough Lightning as a domestic player in the Kia Super League – and declare for England before doing so. She opted for the latter, and was forced to miss the 2018 T20 World Cup Qualifier as a result, but was named in the England squad for the tournament itself after leading the KSL wicket charts with 17 in 11 games, vindicating that decision.

Though spinner like Glenn, Maddy Villiers or even Linsey Smith has left her behind Kirstie Gordon has already taken 28 wickets in the now-defunct Women Super League with an average of 15 and economy of 6.05. Moreover, her form in the ongoing RHF Trophy has been breathtaking. She has taken 9 wickets in 4 matches that she has played so far. In back to back matches, she has taken 4 wickets against Vipers and Thunders. This left-arm spinner’s 4/35 against Thunders a 134 runs victory while she took another 4 wickets, but this time with a losing cause.