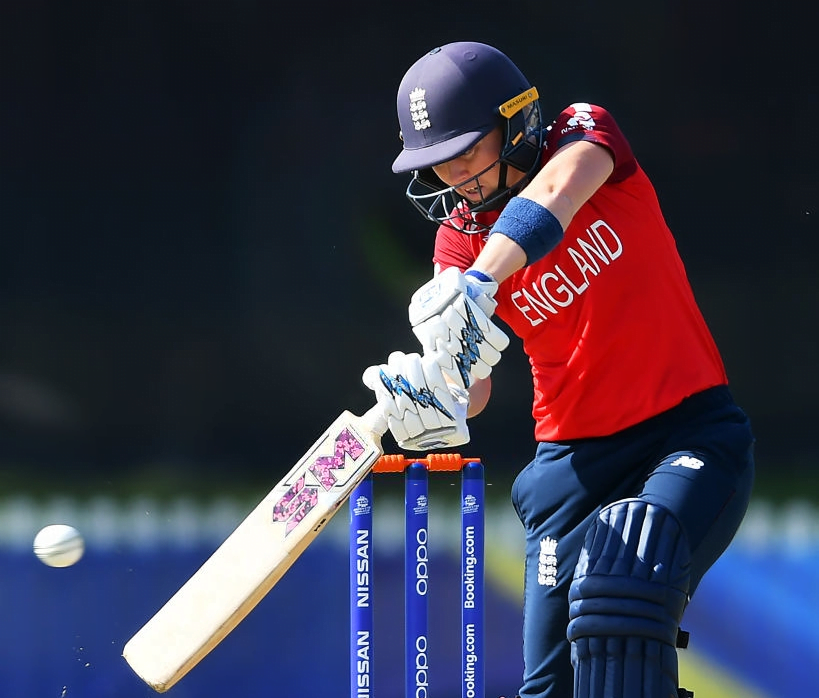 The T20 world cup warm-up matches, held this year at end of summer in Australia has not yet been supported by the weather. However, the England vs New Zealand warm-up match took place today at Karen Rolton Oval, Adelaide, South Australia with no interruption, leading England win by 6 wickets with 2 overs left.

Sophie Devine lead New Zealand team has won the toss and elected to bat first, might be a tactical move to check the team’s standard in the odds, knowing that the early hour pitch will only help England’s seamers by all chance. Heather Knight, the English captain started her bowling strike with Katherine Brunt, she was quite instrumental in the 2009 T20 world-cup win against New Zealand in the final, with age she has become only more lethal.

She has proved it taking 3 wickets in 4 overs with an economy rate of 5.75, taking the wickets of the White Ferns opening players Devine and Rachel Priest. After Devine being caught to Sophie Ecclestone without scoring a run in 4 balls in the first over, the other opener Rachel could not take the score further and gave up her wicket only in the 3rd over to Katherine scoring 4 in 4 balls.

Suzie Bates came on Devine’s dismissal and played an innings of 33 of 38 balls with 3 fours and a 6, seemed to be the batter in form. Later Maddy Green got out to Anya Shrubsole, the right-arm seamer. Shrubsole has taken 2 wickets for 19 runs with the lowest economy rate of 4.75 for the England squad today. Amelia could not provide any contribution as the 3rd down batter and left the crease on a duck when New Zealand were at 38 losing 4 wickets. 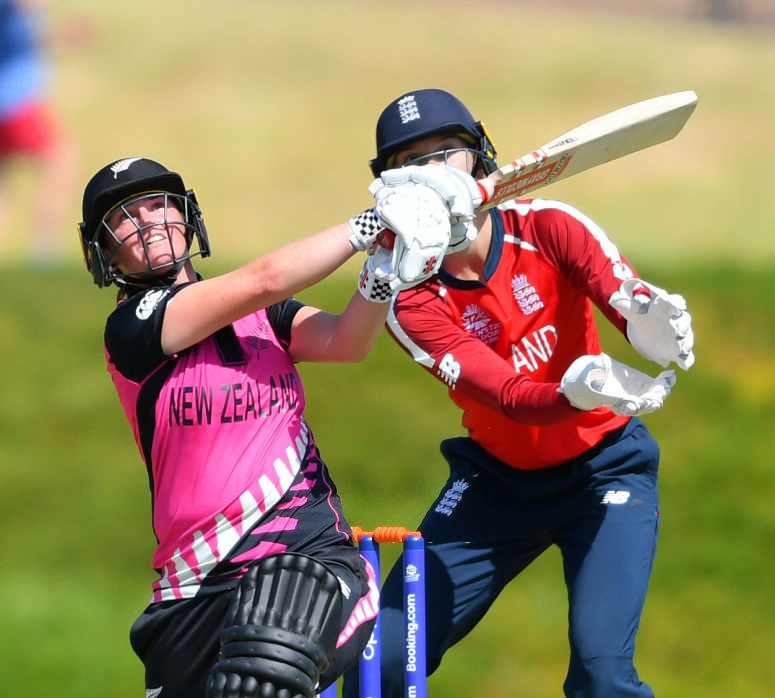 Katey Martin arrived to bat when it was 6.5 overs and played a valuable inning of 55 runs in 44 balls partnering with the captain Bates and took the team to 79 runs when Bates got out to Sarah Glenn, the right arm leg spinner. Heather Knight has got the right change by bringing Sarah Glenn to slow down the match and got a breakthrough at the right time.

Healey Jensen got run out at 2, and Leigh managed to put 15 more runs with the help of 3 – 4’s in only 9 balls. K. Martin’s crucial wicket was taken by Katherine again, NZ was 124 for 7 down at 18.5 overs. Lea made 1 in 2 balls and Mair left not-out with 0 runs ended the innings for NewZealand with Sophie Ecccelstone taking 2 wickets of Leigh and Lea in the 19th over for England.

England consistently started the innings with Amy Jones making 21 from 17 balls hitting 1 six and 3 fours. New Zealand started with off-break Leigh Kasperek, and Jess Kerr the right arm medium to slow down the game as a strategy, but being desperate for the wicket, brought her 4th change as Lea Tahuhu in bowling in the 5th over and got Amy bowled as the first damage to English batting line-up.

Katherine Brunt came to bat at one down and left with a 0 in the same over after facing 2 balls, Suzie Bates took the credit for the catch. Heather Knight came to bat when it was 42 for 2 wickets down, she assessed the situation and kept her calm playing with the other opener, Danielle Wyatt. Wyatt’s half-century was 8 run short when she had thrown her wicket to Leigh Kasperek, caught to the wicketkeeper, Rachel Priest.

Heather Knight takes her side to the finish line. Image: ICC

Getting the 3rd wicket in the 10.4 over, New Zeland would still have a chance to win when England was still 51 run short from the target if they could have picked up a few wickets. Fran Wilson did play in singles and 2’s and scored 13 of 14 balls with the help of a boundary, getting caught to Maddy Green, on the 22-year-old Jess Kerr’s delivery in the 14.5 over.

15 runs short on board, Tamsin hit a 4 to reach her score to 9. Heather (45 in 36 balls) and Tamsin being un-dismissed, England has won the match today. Both the teams, though have played well, but the early wickets of New Zealand might have been due to the help England got for its seemers in the early hours. However, these performances cannot decide the coming championship tournament, but the warm-up winning factor might play a role in confidence factor to the teams.