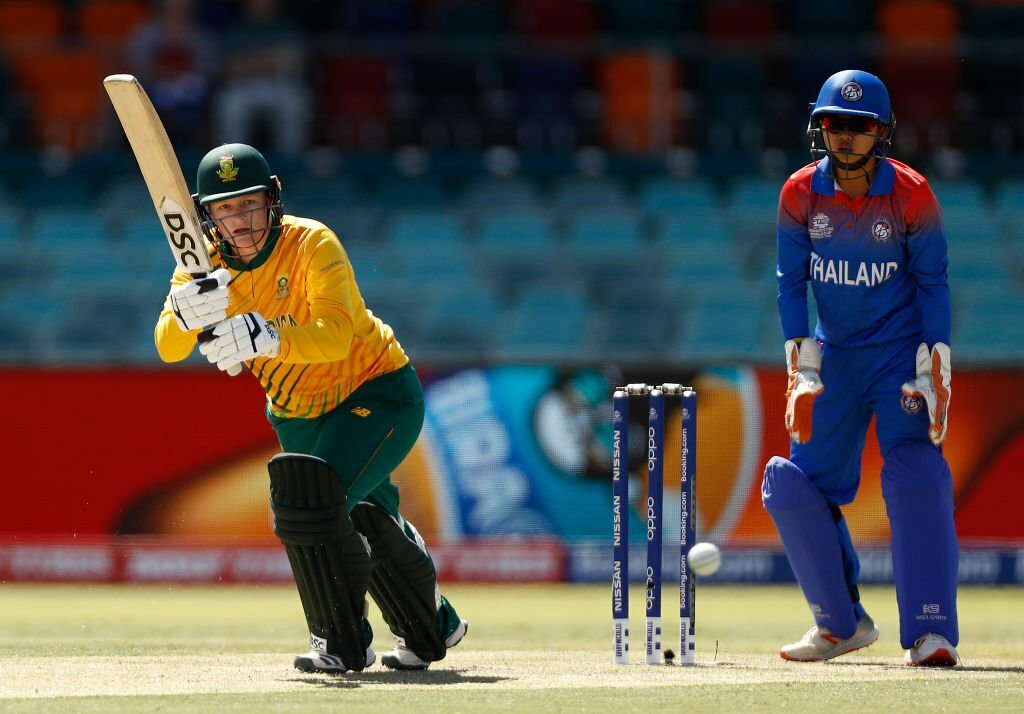 South Africa which is known for the superlative bowling attack won a thriller against England due to the blistering knock of Mignon Du Prez. In the second match, opener Lizelle Lee hit a 60 ball century and lead the team for a record-breaking victory.

Winning the toss, South African skipper decided to bat first. Lizelle Lee started the innings with a bang when she scored 8 runs with 2 boundaries form the first over. However, Dane van Niekerk chipped a loopy full toss on leg stump, to straight midwicket! She could have hit it out of Manuka but she just tried to push it to deep midwicket and chipped it to straight midwicket. It didn’t end the run flow.

Lee and Luss continued to punish the Islander for pitching it short and wide. After the end of the 6th over, South Africa accumulated 37 runs with the loss of the wicket of their captain. Like the previous match, South Africa promoted, Niekerk to open the batting, but it didn’t click this time. With their limited resources, Thalianders tried their level best to restrict the run but the momentum shifted towards the Proteas in the 10th over. 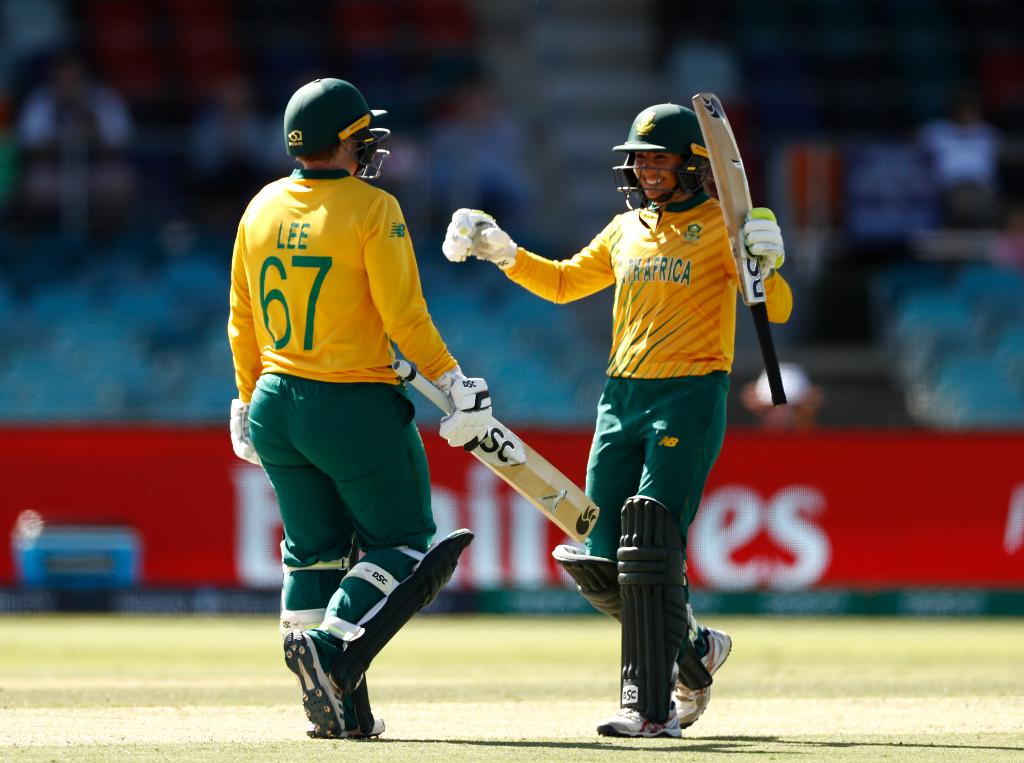 Chanida Sutthiruang, who won the ICC Emerging Player of the Year and conceded only 5 runs in her first over, came to ball. But, Lee and Luss who has put up 47 runs in 38 balls by then, collected 20 runs from that over. Sutthiruang bowled a full-toss which went over the waist-height and Luss clubbed that out of the boundary and Lee hit another one to complete their half-century stand.

In the last 11 overs, South Africa managed to score 135 runs, losing only 2 wickets. They scored only 5 runs in the 11th over which remained their lowest scoring over in the 2nd half of their innings. Lizelle Lee brings up her 12th T20I half-century with an incredible strike for six. It was in the slot and she thumped it through the line of the bowling off Sutthiruang. While she completed her first 50 in 35 balls, she took only 24 balls to complete her 2nd half-century.

Lizelle Lee went on to hit 16 fours and 3 sixes to complete her first World Cup century. Both of them added 131 runs for the 2nd wicket, the highest in the World Cup. Sune Luss remained not out on 61 with 5 fours, while Tyron scored a whirlwind 24 off just 11 balls to reach a total of 195. This is the highest total for any team in the T-20 World Cup, surpassing India’s total of 194 against New Zealand in the 2018 World Cup. 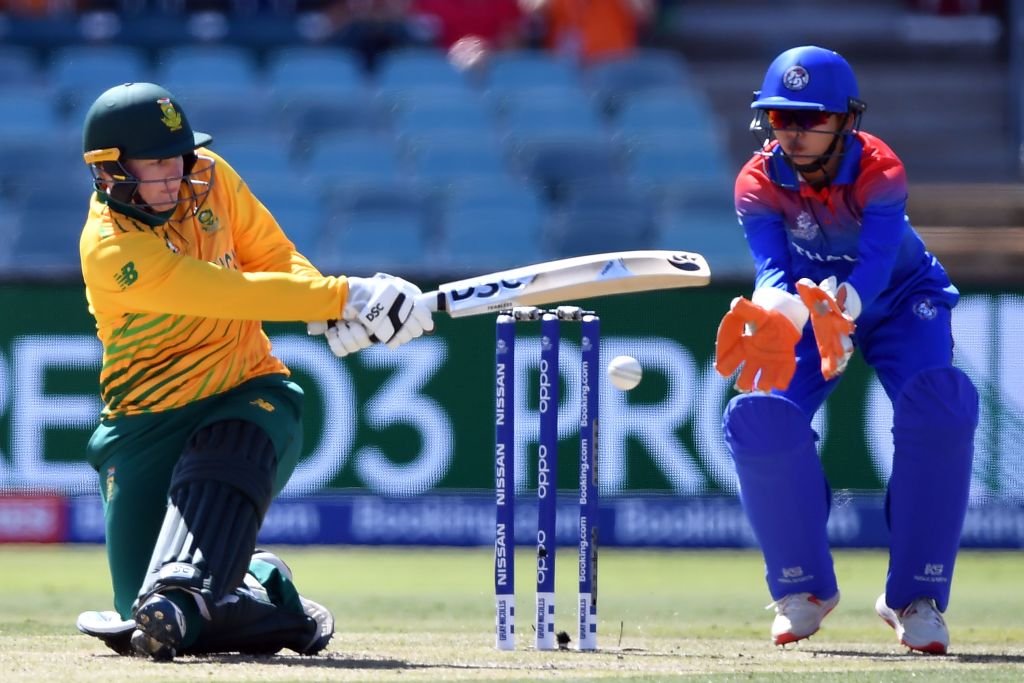 Tippoch used 7 bowlers to break the rhythm od the opposition but that didn’t help them to restrict the proteas before reaching the highest total. It was never going to be an easy task for Thailand. They haven’t faced the versatile fast bowling attack before. The bouncy and fierce fast bowling destroyed their top order within the span of three balls. In the fourth over, one the fastest bowlers of the circuit, Ismail picked up Nattaya Boochatham and Koncharoenkai in back to back deliveries.

Both of them were shattered by the pace and the went for the back foot to tackle those, but only to found the dismantled stumps. From 14/0 it became 14/3 and things could have been worst if Thailand skipper hadn’t defended well the hat-trick ball of Ismail.

Sornnarin Tippoch was removed by a brilliant catch by Laura Wolvaardt at cover off the bowling of Malba who delivered four consecutive over and conceded only 4 runs. It was a fuller delivery outside off, Tippoch slices a drive in the air to cover-point, Wolvaardt dives full length to her right and plucks it in the right hand just above the turf.

Nonkululeko Mlaba’s (4-1-4-1) is economically the best bowling figure fro South Africa, overshadowing, Sune Luss’ s (4-0-8-5) and Daniels’s (2-0-3-0). At the same time, her economy rate of 1, founds its place among the 7 bowlers, who have conceded runs at a rate of 1 in an innings in the World Cup. Onnicha Kamchomphu scored 26 from 21 balls, becoming the highest scorer for Thailand in an innings in World Cup. 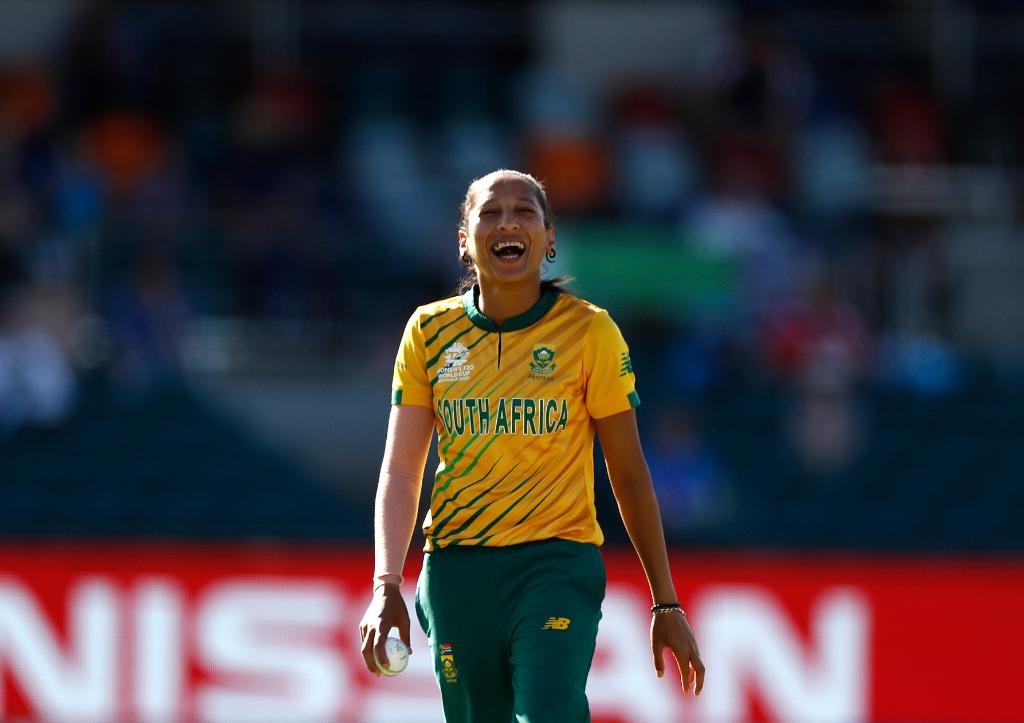 She hit two fours off the bowling of Khaka and a six against the South African skipper, and again was dropped by Niekerk. Finally, Thailand only managed to get to a total of 82 and even failed to complete their allocated 20 overs. Sune Luss picked up 3 wickets and Shabnim Ismail got her three wickets by just conceding 8 runs. This 113 runs victory is the highest, batting first in the T-20 World Cup for any team.

These two matches will work as a confidence booster for the batters and will help with the 2nd half of the tournament. With two wins from as many matches, South Africa has already put their one foot in the semi-final.