New Zealand who had failed to qualify for the semifinal in 2o18 World Cup, have remained almost invincible after that. They have played two series and won 6 out 0f 7 matches. They defeated India and South Africa even after the humiliation in the ODI series.

Like always two seasoned campaigner Sophie Devine and Suzie Bates will take charge of the batting department. After the dismal performance in the ODI series against South Africa, Sophie Devine has proved why she is regarded as one of the greats in T-20 format. She has scored 450 runs at an average of 75 and at a strike rate of 144.

She has taken 5 balls to hit each boundary. If she plays till the end then she is capable enough to clinch the victory. Bates, on the other hand, gives stability in the innings. Down the order, Katey Martin with her ability to send the ball in the stand also gives the Kiwi management an assurance.

Amelia Kerr and Leigh Kasperek will take charge of the New Zealand spin bowling and turn out to be a handy prospect in the big grounds in Australia. With an ability to pick a wicket in every 18 balls, while conceding less than 8 runs in an over makes them a deadly combination.

Dependence on a handful of players is the main concern for New Zealand management. Apart from Devine, Bates or Martin, none of the players has lived up to the expectation in batting. Though most of the players have the strike rate above 100, which is the biggest plus point as far as batting is concerned, most of them haven’t played enough matches or ball in the middle.

Absence of  Lea Tahuhu and Amy Satterthwaite is also a huge factor. Both of them are a natural leader and provides balance in the team. Seamers like Huddleston and Mair went for plenty in the series against South Africa, which can create a lot of pressure among the other bowlers. 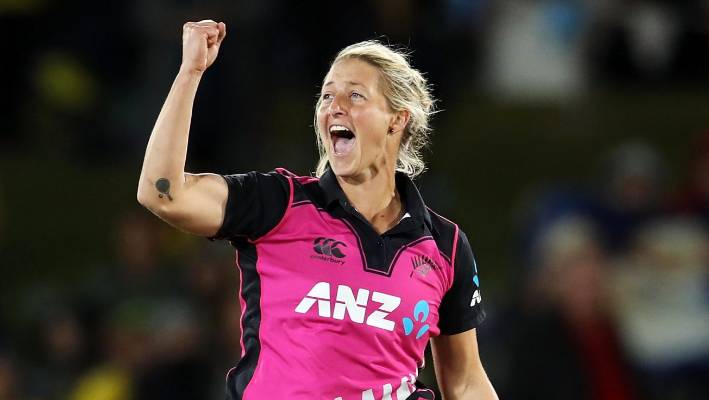