In the first match of Group B One time Champion West Indies will meet Thailand on Saturday. Where Thailand became the runners up of ICC World T-20 qualifier, West Indies was whitewashed by both India and Australia in its home ground. However, both these team will see each other for the first time and the West Indies is favourite to win the match because of its past records.

Regarded as one of the deadliest and unpredictable teams in the shortest format of the game, West Indies defeated Australia in the 2016 world Cup final. Though they lost the semifinal in 2018 against the same opponent, they remained unbeaten in the group stage. Their batting will be dependent on Matthews who has scored 199 runs and Cheadean Nation, who was their top scorer after the 14 matches, they have played after the 2018 world cup.

Apart from these players, the presence of Stefanie Taylor will assure their batting and bowling department. Inclusion of Anisha Mohammed and Dotiin will be another big booster for the side. Both of them rose to the occasion and Dottin even went on to claim the best figure in the World Cup against Bangladesh. In the series against Pakistan Dottin scored 158 runs in 3 matches with a strike rate of 139.

Though both of them haven’t played many matches, with all their experiences and abilities they can posses a threat to the opposition. Along with Anisha Mohammed, Afy Fletcher, who has taken 16 wickets after the 2018 World Cup will be the go-to bowler for skipper Taylor. The seam bowling department will be spearheaded by Shakera Selman and Shamilia Connell, both of them conceded less than 8 runs per over. Another positive side is that, historically, West Indies has upper hand against all its opponent in a head to head basis.

So West Indies can ignite the winning spirit within themselves on the given day, and don’t choke, they can qualify for the semi-final. Having said all the positive sides of the team, we need to remember that it’s the same side that has been whitewashed by India and Australia. Their batting has never got going and apart from Matthews, Nation or Stefanie Taylor, none of the batters has an average over 20.

As the batters failed to score enough runs, bowlers failed to defend that run and vice versa. Dependence on few players can be turn out to be vital in the given condition. Against India and Australia, they have scored run at less than 5 runs in an over. The failure to score at a brisk pace also is an area of concern for the team management.

On the other hand, Thailand who has come this far after playing the qualifier is very much dependent on the spin trio of Nattaya Boochatham, Suleeporn Laomi, and Sornnarin Tippoch. They have picked up 48, 43 and 39 wickets in the last two years with an average of less than 10. Along with them, right arm seamer Chanida Sutthiruang has also produced some magical figure and has picked up 42 wickets with the best figure of 5/4. 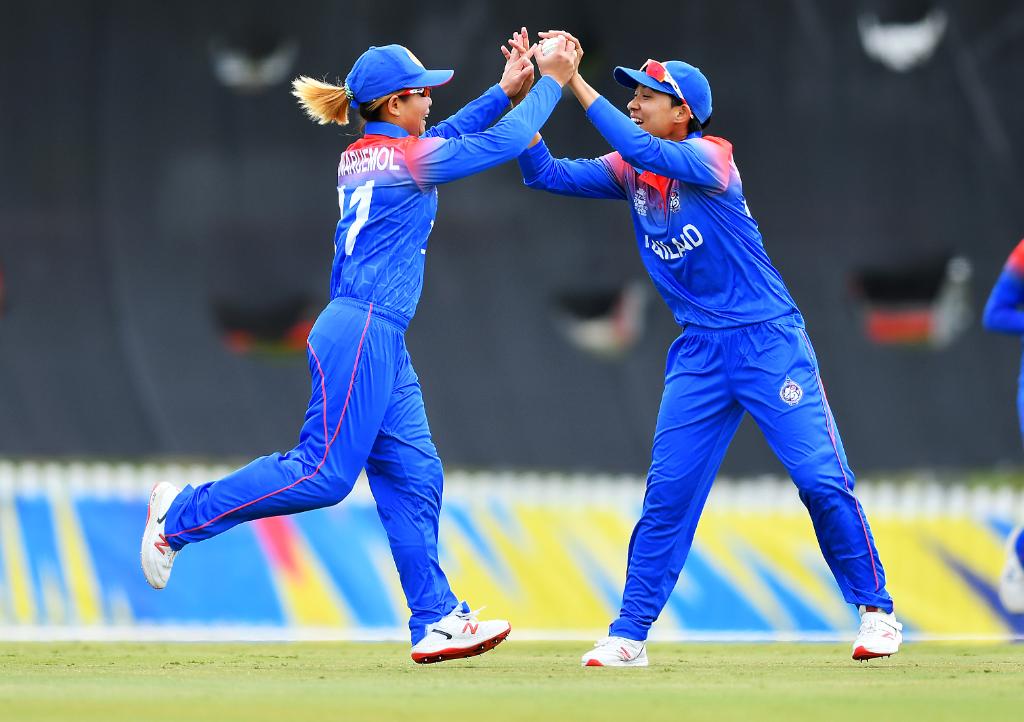 Batting will be dependent on Naruemol Chaiwai, Nattakan Chantam, both of who have scored more than 600 runs in 35 innings. Thailand has never played in such a big platform and against the gainst of the women cricket. All their records are against the associate nations who have been recently given the international T-20s. Thailand has none who has scored at a strike rate of more than 100 or a player, averaging 25. In the modern idea of T-20 game where one need to enough run on the board or need to chase at a brisk pace, these factors can go against the Thailand team.

Match will start from 12.30 PM on February 22 according to IST