Post the last one against South Africa back in November 2014, Team India will lock horns with the English side on June 16 for the one-off Test Match, which is almost after a span of 7 long years. The pity to be admitted is that only two national-sides have made it to the hue to have some red-ball encounters. And the two-heads list includes only England and Australia, at the top, centre and bottom.

In meantime, with the only Test to be held between India and England in Bristol, Aakash Chopra, the former Indian batsman presently flaunting with his figuring talks as a worthwhile commentator in almost all Indian matches, jumps in to taunt the way the Women’s Cricket has been brought to the assessment through the years or the seven Test-less years in particular.

“India women are set to play their first Test match after 2014. Before that, they had played a long time back. When the girls are playing Tests after such long gaps, you realize that gender equality is just talk,” said the disappointed Chopra in the video uploaded in his YouTube channel, where he goes on to point out that it’s not only the case of Indian cricket but it confines the other nations too. 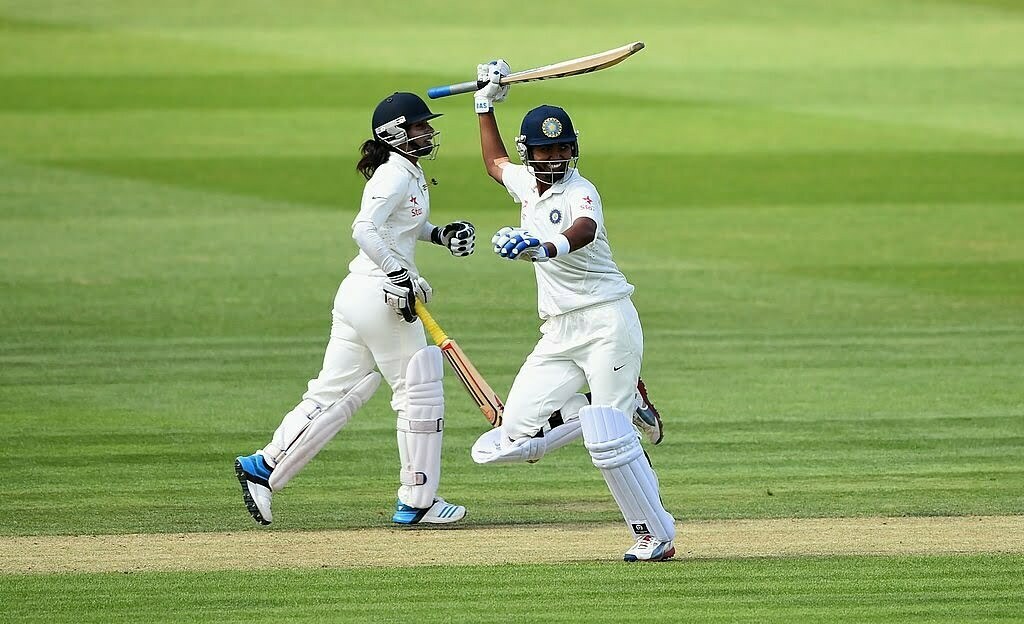 Shikha Pandey and Mithali Raj during the Test match between England and India at Wormsley Cricket Ground. (Photo by Christopher Lee/Getty Images)

It has only been for the two teams, England and Australia that the test-matches have showered some between 2015 and 2019, while India’s last one was conferred in 2014 against South Africa and another in the same year against England in a one-match series. Meanwhile, Chopra also heads on to some pink-ball and red-ball warm-ups in order to get them the zone needed to lock horns against the formidable English and the Aussies who are well-familiar with the format.

“Of course, BCCI has done the right thing now. There is a Test match in England and then a Test match in Australia. I am thinking that before the pink-ball Test, you should get some practice for the women,” Chopra noted along with hinting at the tough time that the Mithali Raj-led Team India might face.

The commentator pointed at no-pink-ball match and least number of red-ball-matches in India’s count to be a matter of second thought, with only veterans Jhulan Goswami and Mithali Raj conferring 10 tests each along with the talents of Harmanpreet Kaur and SmritiMandhana listed for a couple of the long-format matches.

Chopra concluded on to note, “Otherwise the team there is already very strong and you have not played cricket with the pink ball at all, how will you be able to compete? So, that question will definitely remain.”