The Board of Control for Cricket in India (BCCI) is likely to host the Women’s T20 Challenge this year in New Delhi from May 24 to 30. Alongside this, the discussions are going on about the addition of an extra team as well. The tournament will once again take place during the playoffs of the 2021 edition of the Indian Premier League, suggested The New Indian Express.

The news also came that the BCCI even thought of hosting the tournament in Ahmedabad along with the IPL play-offs. But since it will take place behind closed doors and the need to create a separate bubble meant, the board has to look for a different place. Thus, Delhi, which will host only eight IPL games, has been decided as there won’t be any issues regarding the bio-bubble.

The matches of Delhi will finish on May 8 and after that, the women’s teams will assemble there, where they will undergo the mandatory quarantine period before resuming their training. As far as the overseas players are concerned to participate in the Women’s T20 Challenge, the BCCI is likely to write to other boards to check the availability amid the crunch time of COVID-19 and its surge in India.

On the other hand, the BCCI were about to increase the number of teams to four this year as the plan was to bring Australia, New Zealand and England players, but that seems unlikely as well. Earlier, players from other counties have expressed their interest to play in the Women’s T20 Challenge, but that didn’t happen over the last couple of years because of different issues. 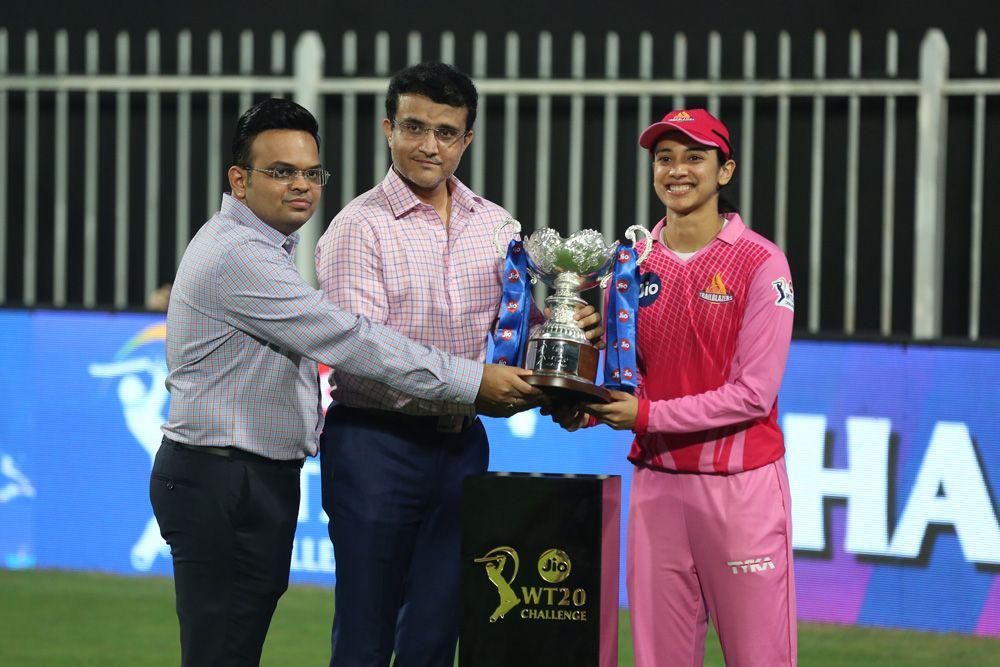 Smriti Mandhana with the Trophy. ©BCCI/IPL

Last year, it took place in the UAE in November, which clashed with the Women’s Big Bash League (WBBL) and the displeasure of Australian players came in public. However, this time, the Women’s T20 Challenge isn’t going to clash with any other tournament and the BCCI was hopeful of bringing players from Down Under as well.

Meanwhile, with their inclusion, the board can think of adding one more team which will not only help the tournament grow but many other players will get the chance as well. But the increasing number of COVID-19 cases in India put a question mark on this.

“The idea is to expand the tournament, but this might not be the ideal time. One needs to factor in the increasing Covid-19 numbers. If top players turn up, it will only increase the profile of the tournament, but with so much uncertainty around, if they pull out in the eleventh hour, it will put the whole event in jeopardy. So keeping it to three teams is being seen as the best option,” an official said to The New Indian Express.

Last season Supernovas, Trailblazers and Velocity took on each other in the Women’s T20 Challenge once before the final. Players from West Indies, South Africa, Sri Lanka, England and Bangladesh had taken part. Smriti Mandhana led Trailblazers won the tournament while defeating Harmanpreet Kaur‘s Supernovas in the final. Mandhana was the Player of the Match in the final for her brilliant half-century. Radha Yadav, the left-arm spinner, was the Player of the tournament for snapping 8 wickets at a superb average of 8.88.