HomeFeatureHeather Knight: Get goosebumps imagining what retaining the trophy would mean!
Feature

Heather Knight: Get goosebumps imagining what retaining the trophy would mean! 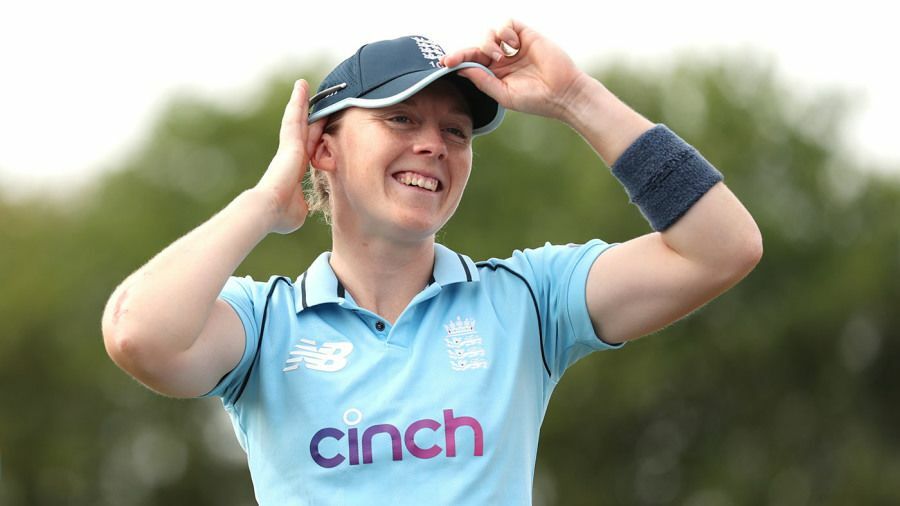 It’s pretty surreal to feel so near to a World Cup and yet so far away! Throwing rolled up socks into your bed to keep ticking over wasn’t how I imagined our build-up for this tournament back in 2017 but an awful lot has happened in the world since then.

As I write this, we’re on day five of our quarantine and we’re not far away from being let out, thanks to the New Zealand Government’s change of isolation rules!

We’re obviously looking forward to being allowed back out to train. Some of us cope better than others in quarantine but we’ve been trying to keep busy. We’ve been up to our eyebrows in crosswords, Sophie Ecclestone has been running HIIT classes on Zoom, Freya Davies organised a brilliant quiz (including ‘Guess the baby picture’, which was brilliant) and I’ve taken some inspiration from watching a documentary on the first all-female crew to take part in the Whitbread Round the World Race. It’s called Maiden and it features some amazing women – a documentary that I would very much recommend.

As a group, we need to reset and refocus after an Ashes series that didn’t go our way. I was really pleased with how we started the series. We went toe to toe with Australia and heading into the ODI leg of the series the scoreline could easily have been different to the 6-4 deficit we found ourselves facing. As it was, there just wasn’t enough mental energy to go back to the well and fight back in the ODI series.

A multi-format Ashes series is incredibly demanding and when you throw in COVID it becomes tougher again. That’s no excuse – we didn’t deserve to win the series – but I think it goes some way to explaining our performances across the last two ODIs which I don’t think were befitting of the team that we are. I want us to use that in the World Cup – there’s lots we need to take out of the Ashes to come back tougher and more united in order to try and retain our trophy.

World Cups are truly special events. There’s nothing that quite compares, and you always feel privileged to be a part of it. We’ve got a few faces who’ve been there and done it before, but we’ve also got a number of players who are taking part in a World Cup for the first time. I think we saw that mix of youth and experience at its best when we were at our best in the Ashes, and I’m keen to see us come out and play with some excitement when we do get out of our bedrooms.

Obviously, I still think back to that day at Lord’s and what it meant to lift that trophy. The journey that the women’s game has been on in England and Wales since that day is one I’m hugely proud to be a part of. I sometimes get goosebumps imagining what retaining the trophy would mean to the game back home, to all those young girls, and to each and every one of the players and staff who give everything they have for this team.

But we’ve got a lot of hard work to do before we can start daydreaming about potential success – starting with our warm-up games. I know that we’ll leave nothing out there.