HomeOn This DayOn This Day: Claire Taylor Became the Highest Individual Scorer in ODI...
On This Day

On This Day: Claire Taylor Became the Highest Individual Scorer in ODI at Lords. 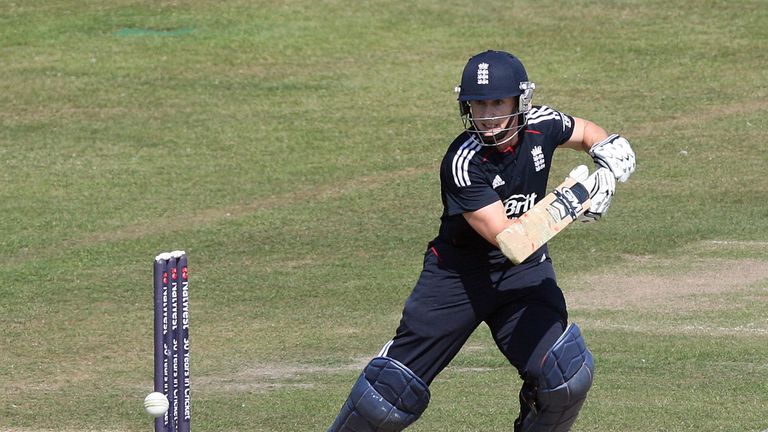 Lords Cricket Ground used to be regarded as the male bastion of Cricket for a long time. Women were forbidden to play there, as the custodians of Cricket regarded women as a disturbance to the purity of the game. Finally, in 1976, Rachael Hey Hoe Flint led England to win an ODI against Australia at Lords. Flint finally broke the glass ceiling for the women cricketers at the Mecca of Cricket.

The match was delayed by two hours due to rain and both the teams were allowed for a 48-overs-a-side game. Winning the toss, Indian skipper Mithali Raj took the advantage of gloomy conditions and invited England to bat first. England lost Charlotte Edwards in the 3rd over due to a misunderstanding with Lauren Newton.

Amita Sharma’s direct hit from square leg ended Charlotte’s innings. Claire Taylor, who was one of only two players who had played England’s previous match, five years ago at Lords, came to bat at number 3. Impressive Jhulan Goswami and Amita Sharma swang ball and made lives harder for both the batter.

The situation could have turn out to be more tricky for England, had not India dropped Claire Taylor twice in the initial phase of her batting. Clive Ellis who was present at Lords as a correspondent for The Telegraph wrote “Taylor benefited hugely from lives on 13 and 19. A low chance spilt at mid-on was about forgivable, but there was no excuse for Reema Malhotra’s three-part fumble at midwicket.”

Taylor, who survived twice, made most of the opportunity she got. Claire Taylor blossomed spectacularly. Taylor sped past her partner to reach a 68-ball fifty and improvised cleverly to run India ragged. She found her ideal partner in Newton and they were both quick to rotate the strike, pushing the Indian fielders to their limits. Newton too got run out after completing her half-century. India got their 2nd breakthrough from a brilliant piece of the fielding of Anjum Chopra.

Despite losing her partner, Claire Taylor continued her form for last Test’s 115 against India and marched towards her hundred. But there was no stopping Taylor as her century came from 110 balls and brought a standing ovation from the 2500 crowds present there. MCC’s initiative to offer free admission to the match was lit up by Taylor’s century. She had scored an unbeaten half-century against Australia. But 5 years later she completed her unfinished job.

Her knock of 156 runs consisted of only 9 fours. This shows how agile the batter was and she missed no opportunity to steal the runs. As they say, every run is important. Taylors highest individual score in ODI took England to a total of 253. The 200 came up in the 42nd over and England added 53 more runs from the final 6 overs. Taylor continued to thrill the crowd and spearheaded the final assault with her unbeaten 156.

Taylor was outstanding and became the first English woman to score a century at Lord’s. Besides her unbeaten 156 still remains the highest individual score at Lords in ODI, irrespective of gender.

India’s already slim hopes of challenging England’s formidable total of 253 for three vanished when they lost three wickets in the first nine overs of their reply. The new-ball accuracy of Katherine Brunt and Gunn then squeezed the life out of India. Rumeli Dhar was the first to go, followed by Sulankshana Naik. Naik gave a catch to debutante Sarah Taylor, who had a good outing behind the wicket, conceding only one bye.

Captain, Mithali Raj, could do no more than offer respectability in a laboured inning of 59. She became the first Indian woman to score a half-century at Lords. Hemalata Kala scored 19 while Reema Malhotra chipped in with 27. Raj and Malhotra added 55 runs for 5th wicket but it was never enough. England won by 100 runs. It was England’s highest victory at Lords till 2008 when they beat South Africa by 225 runs.

If 40 years ago Rachael Hey-hoe Flint broke the glass ceiling, Taylor uprooted the misogyny prevalent in the cricket as the institution. Claire Taylor’s highest knock at the home of cricket is the apostle of the fact that cricket is no more the sanctified territory of the men.

On This Day In 2018: Thirush Kamini-Punam Raut Registered World Record In Test Against South Africa

On This Day: Elegant Ellyse Perry Adds Another Feather, Becomes The Highest Individual Run Scorer In Test For Australia

On This Day: Records Galore as Harmanpreet Kaur Devastated New Zealand to Become the First Indian Centurion in World T20