HomeOn This DayOn This Day: Ekta Bisht Shone on Punam Raut's Cornerstone to Maintain...
On This Day

On This Day: Ekta Bisht Shone on Punam Raut’s Cornerstone to Maintain the Winning Streak against Pakistan 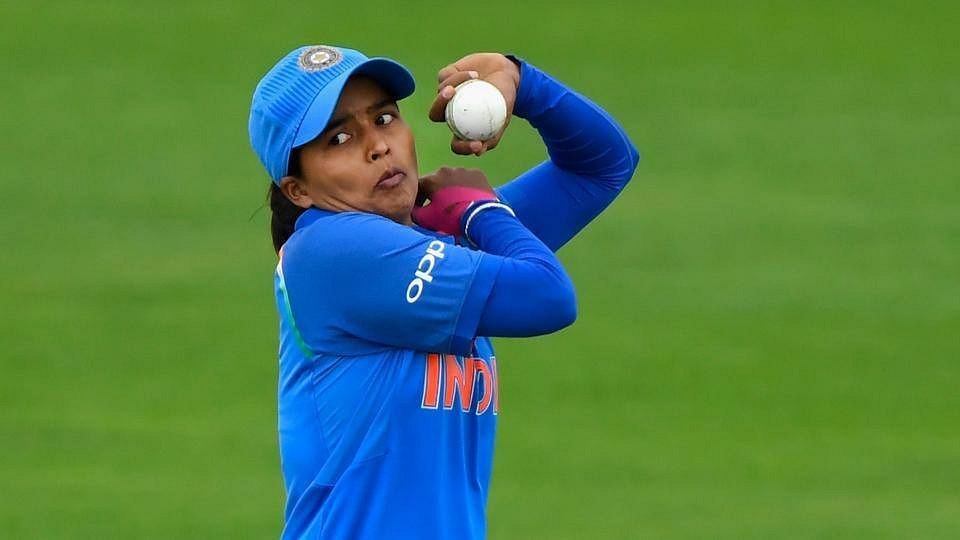 Pakistan would have felt a  sigh of relief in the break after restricting India within 200 in ’17 World Cup. India had been invincible till then and Pakistan’s spinners did a commendable job till then. But on the other hand, Indian spinners, especially Ekta Bisht too were rolling their sleeves.

Chasing a total of 170, Pakistan scored only a single from the first over of Jhulan Goswami. Mithali Raj attacked with the left-arm spinner from the other end. And Bisht only took 4 balls to give India their first breakthrough. Ayesha Zafar played a ball on the wrong line, that didn’t turn at all. The ball came with the arm and held its line. It hit on the front pad and umpire Gregory Braithwaite didn’t hesitate to raise his finger. The ball was not turning in the initial overs and Pakistani batters made repeated mistakes again her.

Then went to play the ball across the line to lose their wicket. they didn’t use their feet well which made their lives harder. Ekta Bisht picked her 2nd victim in her 3rd over, when Sidra Nazaw was given LBW. It was not turning but flighted liberally on the off stump. Nawaz offered the bat thinking it was going to turn but went in with the angle and hit her pad. Pakistan became 15/4 inside 10 overs when Gregory Brathwaite’s finger went up yet again and it was against Iram Javed. Bisht’s initial spell of 4-1-4-3 crashed the spine of Pakistani batting line up.

Ekta Bisht was again brought into the attack in the 27th over. Though she conceded a boundary against Pakistani Captain Snana Mir she picked up two wickets in her next over. Nashra Sandhu who has picked up 4 wickets with ball chipped to mid-on and Manshi Joshi made no mistake to catch that dolly. In the very next ball, Daina Baig bowled herself after she failed to cope with the pace of Ekta Bisht.

Apart from Sana Mir’s 29 and Bibi Nahida’s 23, none crossed the double-figure mark. India bundled out Pakistan for 74, claiming a 95 run victory. 5/18 in 10 overs from Ekta Bisht was turn out to be the best figure for India in World Cup, surpassing Neetu David and Purnima Choudhury’s 5/20. However, Bisht’s record was overtaken by Rajeswari Gayakwad in India’s last group match against New Zealand in 2017.

Earlier, India put up a total of 169 due to the inning played by Punam Raut and Indian wicket-keeper Sushma Verma. Unlike their previous match, Smiti Mandhana got out early and Mithali Raj too didn’t last long. Though all-rounder Deepti Sharma played an inning of reliance along with her senior partner Punam Raut. Both of them added 67 runs for the 3rd wicket.

However, the fall of Sharma created a domino effect in the batting line up. India lost 4 wickets for 18 runs. Punam Raut showed her class through 47 in 72 balls which included 5 fours. Its because of the effort put forward by Sushma Verma (33) and Jhulan Goswami, India was able to go past 150 runs mark. This gave India a psychological boost and enough run to defend. Nashra Sandhu picked up 4 wickets including Raut and Raj.

On This Day In 2018: Thirush Kamini-Punam Raut Registered World Record In Test Against South Africa

On This Day: Elegant Ellyse Perry Adds Another Feather, Becomes The Highest Individual Run Scorer In Test For Australia

On This Day: Records Galore as Harmanpreet Kaur Devastated New Zealand to Become the First Indian Centurion in World T20